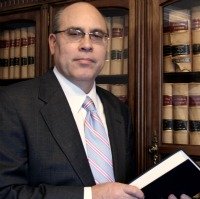 Click here to send an e-mail to Mr. McClellan

Since beginning in the practice of law, Mr. McClellan has gained primary experience in litigation; municipal and administrative law; zoning and real estate; and probate and guardianships

Mr. McClellan is licensed to practice law by the States of Nebraska and Iowa.

• Litigation in state and federal courts, including representing both plaintiffs and defendants in personal injury lawsuits.

• Handling of probate matters on behalf of clients, including estates, guardianships and conservatorships.